Contact us today for a free consultation with one of our physicians. 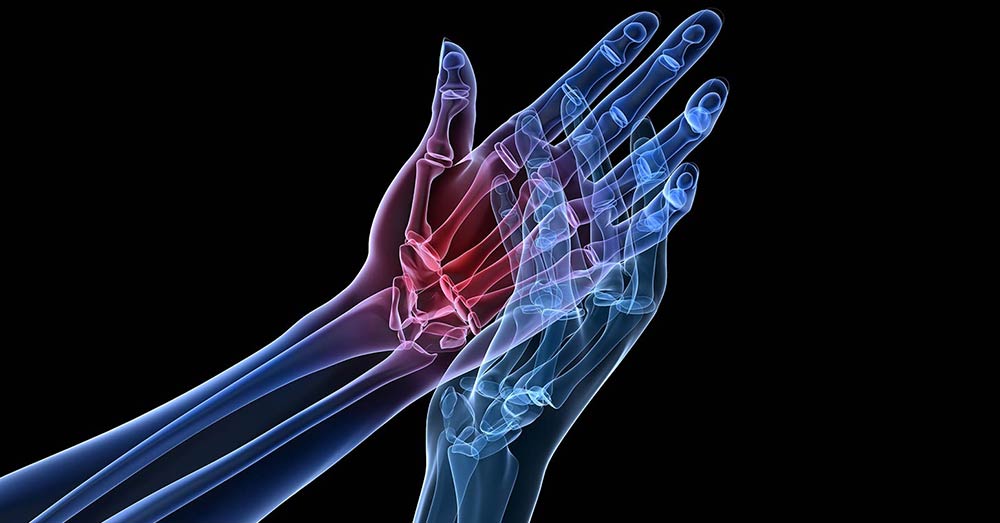 The goal of carpal tunnel release surgery is to divide the transverse carpal ligament and the distal aspect of the volar ante brachial fascia, thereby decompressing the median nerve and providing relief. The transverse carpal ligament is a wide ligament that runs across the hand, from the scaphoid bone to the hamate bone and pisiform. It forms the roof of the carpal tunnel, and when the surgeon cuts across it (i.e., in a line with the ring finger) it no longer presses down on the nerve inside, relieving the pressure.

The two major types of surgery are open carpal tunnel release and endoscopic carpal tunnel release. Most surgeons historically have performed the open procedure, widely considered to be the gold standard. Existing research does not show significant differences in outcomes of one kind of surgery versus the other, so patients can choose a surgeon they like and the surgeon also will practice the technique they like.

After carpal tunnel surgery, the long term use of a splint on the wrist should not be used for relief. Splints do not improve grip strength, lateral pinch strength, or bowstringing. While splints may protect people working with their hands, using a splint does not change complication rates or patient satisfaction. Using splints can cause problems including adhesion and lack of flexibility.

Ulnar nerve entrapment occurs when the ulnar nerve in the arm becomes compressed or irritated. The ulnar nerve is one of the three main nerves in your arm. It travels from your neck down into your hand, and can be constricted in several places along the way. Depending upon where it occurs, this pressure on the nerve can cause numbness or pain in your elbow, hand, wrist, or fingers.

When the nerve compression occurs at the elbow, it is called "cubital tunnel syndrome."

Cubital tunnel syndrome can cause an aching pain on the inside of the elbow. Most of the symptoms, however, occur in your hand.

Surgery may be recommended to take pressure off of the nerve if:

There are a few surgical procedures that will relieve pressure on the ulnar nerve at the elbow. Your orthpaedic surgeon will talk with you about the option that would be best for you.

These procedures are most often done on an outpatient basis, but some patients do best with an overnight stay at the hospital.

Cubital tunnel release. In this operation, the ligament "roof" of the cubital tunnel is cut and divided. This increases the size of the tunnel and decreases pressure on the nerve.

After the procedure, the ligament begins to heal and new tissue grows across the division. The new growth heals the ligament, and allows more space for the ulnar nerve to slide through.

Cubital tunnel release tends to work best when the nerve compression is mild and the nerve does not slide out from behind the bony ridge of the medial epicondyle when the elbow is bent.

Moving the nerve to the front of the medial epicondyle prevents it from getting caught on the bony ridge and stretching when you bend your elbow.

De Quervain's tenosynovitis is a painful condition affecting the tendons on the thumb side of your wrist. Pain is elicited when you turn your wrist, grasp anything or make a fist. Symptoms also include pain, tenderness, and swelling over the thumb side of the wrist, and difficulty gripping.

Finkelstein's test[11] is used to diagnose de Quervain syndrome in people who have wrist pain. To perform the test, the examining physician grasps the thumb and the hand is ulnar deviated sharply, as shown in the image. If sharp pain occurs along the distal radius (top of forearm, about an inch below the wrist; see image), de Quervain's syndrome is likely.

Initial treatment of de Quervain's tenosynovitis may include:

You may also see a physical or occupational therapist.

If your case is more serious, your doctor may recommend outpatient surgery. Surgery involves a procedure in which your doctor inspects the sheath surrounding the involved tendon or tendons, and then opens the sheath to release the pressure and restore free tendon gliding. The surgeon moves aside other tissues and locates the tendons and the tunnel. An incision is made to split the roof, or top, of the tunnel. This allows the tunnel to open up, creating more space for the tendons. The tunnel will eventually heal closed, but it will be larger than before.

For more information about treating upper extremity conditions in the Los Angeles and Beverly Hills, CA area, including carpal tunnel syndrom and cubital tunnel syndrome, please contact us at 855-SOMA-844 (855-766-2844).